Welcome to the website that is only in four colors! 2Bit is a niche site that is all about 2-bit graphics, which are best known for being on the original Game Boy. I've got all kinds of content here, including Easter eggs, Gameboy game reviews, pictures, memes, videogames and Wikipedia encyclopedic knowledge or something.

Excuse my French, but I think my site is boþ avant garde and

I'm kind of disappearing again for a while because of college. 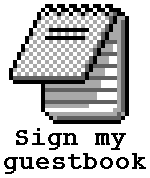 December 9th, 2019
I'm Technically a part of Generation Z, but I feel more like a Millennial.


I missed the cut-off date to be considered a Millennial by just a couple years, so I'm not like the majority of the Zoomers out there. It just feels awkward that I'm grouped in with this generation when I read about my generation online. Here is why:

Many current teenagers (I'm no longer one of them) have never used a CD for music ever in their life, and this is including teens from 1st world countries. Those same teenagers often were gifted tablets for their 8th birthday. They do not remember a time when Bush was president, never watched Dexter's Laboratory, and worst of all, never played on a Game Boy. What I just described is the total opposite of myself. I could go on and on, about how different I am, such as how I grew up with a tube TV, used VHS tapes, bought BRAND NEW Playstation 1 and 2 games, etc, etc.

I think part of my problem is that I'm not very consumerist. I never really cared about having the popular brand of clothing, or having the latest and greatest video game console just for the sake of it. Honestly, most of me not being consumerist comes from my parents not having that much money growing up. I had absolutely no cable TV after 2nd grade, and never really watched any of the new kids shows. People would talk about Jesse McCartney, and I would think "It that Paul McCartney's daughter?". My taste in music is very very boomer, and that is an entirely different topic. My parents never bought a flat screen TV, but eventually did buy a 27" 1080p monitor in 2015, which in my opinion, is as good as a small flat screen TV. I also never had a cellphone until around 2014. This cellphone wasn't the smartest to put it nicely... alright, it was a feature phone. You get the picture now; I was (probably still am) behind the technology in almost everything. Being lumped in with young kids who were raised on Mommy Finger playing on YouTube, coupled with me growing up with practically the same technology as a Millennial, makes me feel distant from Generation Z.

To add fuel to the fire, I'm addicted to watching YouTube channels about old boomer technology, such as LGR, Nostalgia Nerd, and The 8-Bit Guy. Plus, I'm addicted to updating this site which has a 90's aesthetic that is before my time. 99% of the music I listen to was made before 1995. I have issues.

I write in cursive almost every time I have to write something. I don't see why the "Zoomers" complain about it so much. It's literally faster than writing in print. Zoomers and Millennials (to a lesser extent) keep touting that "cursive is outdated! Typing is faster than print!". If you say that cursive is outdated, then why are you still taking notes in paper notebooks in class? If you prefer to type out all your notes, good for you, but I'd be really impressed if you could sit through a math class typing out notes. Paper notebooks could one day be a thing of the past, but people will continue writing, even electronically. I know you've heard of those newfangled Surface Pros and Ipad Pros.

One piece of technology I absolutely abhor is those Apple Air Pods, and any other type of wireless earbuds. Those things are a step backwards in technology. With regular earphones, you don't have to charge them, you don't have to fiddle with paring them to bluetooth, and most importantly, you don't have to worry about losing one pod and being stuck without a pair. The headphone jack is not outdated. It's just like the wheel, and you can't reinvent it. This site is compatible with 1280x720 monitors and low color displays. Use Interent Explorer to hear the midi music!
The song you hear is "Yngwie Malmsteen - Black Star ♬Chiptune Cover♬"
Enable autoplaying sound in your browser settings if you want to hear the background music.